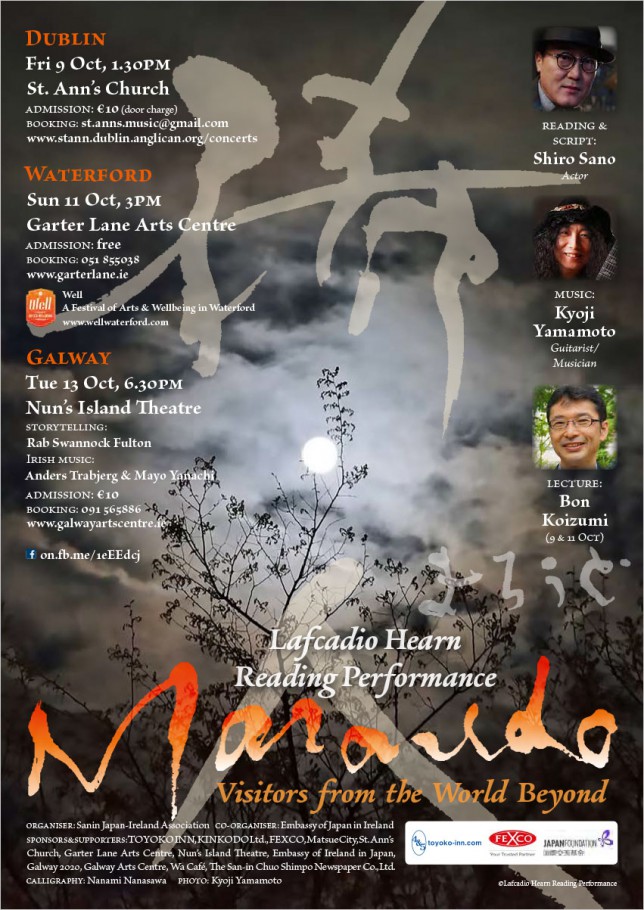 The “Lafcadio Hearn Reading Performance” has been held annually in Matuse by the coordinated efforts of the actor Shiro Sano and guitarist Kyoji Yamamoto, who are renowned for their spectacular performances in Japan and on the international stage. Their tenth annual performance, entitled “稀人 Maraudo — Visitors from the World Beyond,” will be held this October in Ireland with three truly dramatic and memorable reading performances. Last year, an audience of more than eight hundred spectators in Greece was completely dazzled and absorbed in a performance that spellbound all regardless of the linguistic barrier. The immeasurable role of these performances to introduce the literary and spiritual nature of Hearn’s body of work is significant as, like Japan, Ireland has a long and rich oral tradition of storytelling, myth, legend, folklore and traditional music. 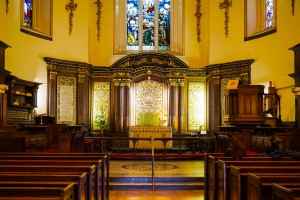 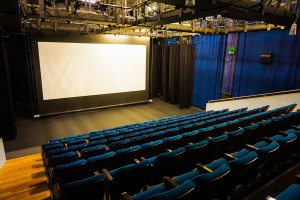 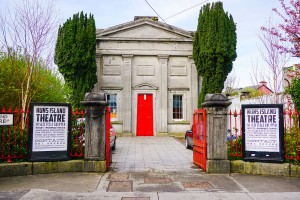 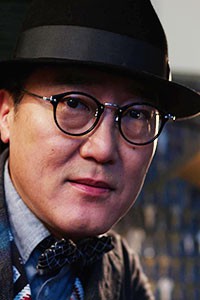 Raised in Matsue.
Shiro was a founding member of “Shakespeare Theatre”, a troupe established in 1975. In 1980, he joined another troupe “Gekidan Jokyo Gekijo”, which was headed by Juro Kara. He made his screen debut in 1986. In 1999, he produced his first movie Karaoke. He has acted in more than 110 productions, including foreign movies. Interested in the fantastic since childhood, he has long had a fascination with the works of Lafcadio Hearn, many of which are related to Matsue. Through his activities and engagement with visual works, he has developed a deep interest in, and passion for, the world of Hearn. He began “The Lafcadio Hearn Reading Performance” in Matsue in 2006, and this project has now come to occupy a central place in his life and work. His partner in this performance is the guitarist Kyoji Yamamoto. Shiro and Kyoji were classmates at Matsue Minami High School, and deepened their friendship through their mutual affection for music. In 2009, Shiro donated a first edition of The Writings of Lafcadio Hearn: In Sixteen Volumes to the American College of Greece. 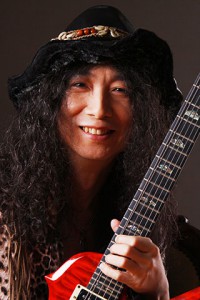 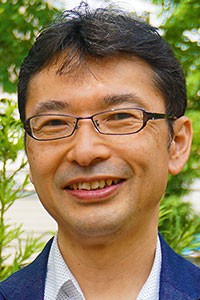 Born and raised in Tokyo, Bon majored in folklore at Seijo University and Graduate School of Seijo University in Tokyo. His work involves the research and discovery of cultural resources for tourism development. For twelve years, he has led the Summer School for Children—Super Hearn Course—, a workshop aimed at nurturing the five senses of its participants.
In addition, he has produced ghost tours in Matsue and several other locations in Japan, and contributed to the promotion of cultural tourism and education. Recently, he has been following in the footsteps of Lafcadio Hearn, travelling around the world and producing various events in cities related to the writer, that focus on Hearn’s open mind. Such activities have led to the successful development of partnerships with those cities. Besides his professorship, he is adviser to the Lafcadio Hearn Memorial Museum in Matsue, and director emeritus at the Yaizu Lafcadio Hearn Memorial Museum.